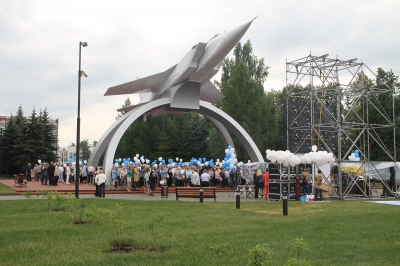 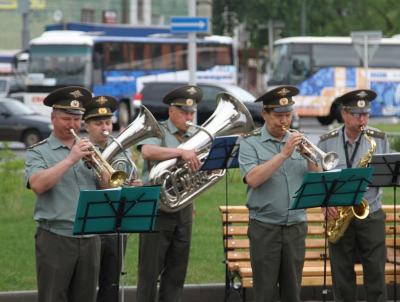 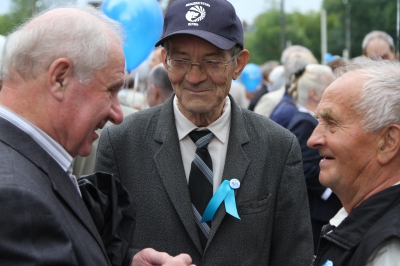 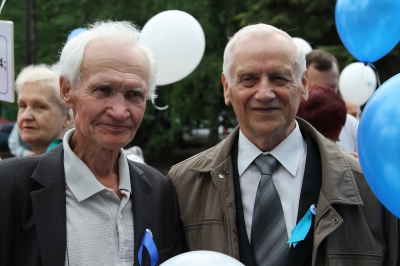 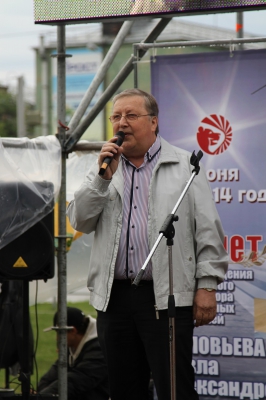 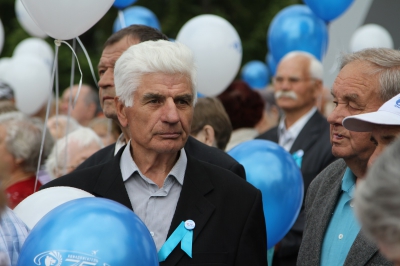 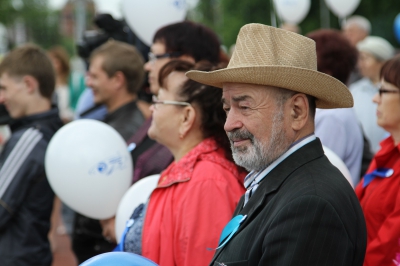 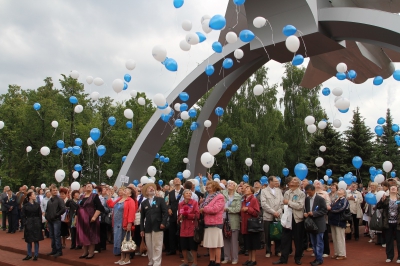 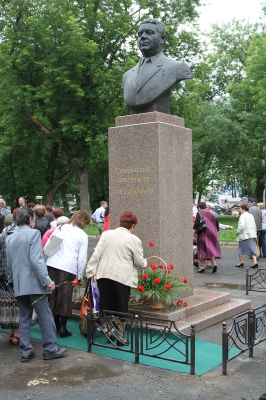 In commemoration of the 75th jubilee of the enterprise Aviadvigatel OJSC arranged a celebration for veterans. On June 26, in the garden square along Chkalov Street, nearby the monument «MiG on Takeoff» within the order of 400 guests came together.

The date of the celebration was chosen not by accident. On June 26, 1917 the great designer and the scientist, the founder of the Perm gas-turbine engine-building school Pavel A. Solovyov was born.

Throughout 35 years Solovyov headed the Perm Design Bureau. He became a pioneer in the field of the creation of bypass engines in Russia and worldwide which have determined the road of progress in engine building since 1950s. Under his management engines for Russian aircraft of the second half of the 20th century were developed.

The day of veterans proceeded to the tour of the enterprise — the guests were shown the up-to-date equipment and told about the current techniques of manufacturing components of the PD-14 engine. In particular, the process of waterjet cutting was shown, when the workpiece is cut with waterjet with addition of sand under an enormous pressure, as well as the process of manufacturing parts of refractory alloys powders and polystyrene by quick laser prototyping.

Among Russian industrial companies, Aviadvigatel OJSC dominates in introducing the robotized technology. During the visit to the enterprise veterans familiarized themselves with the robotized line of manufacturing samples of materials of which main and critical parts of the PD-14 engine are produced. After the startup process the only thing for the human is to take ready samples and carry them to the laboratory for testing. In total, for 4 years the robots must produce 120 thousand of such samples. For the certification of the PD-14 engine it is necessary to conduct the special qualification of 22 metal composites and 18 polymer composites and create the data bank of their structural strength characteristics.

In the course of the tour the guests could see ready components of the PD-14 engine including the know-how of the Russian engineering technology, the hollow fan blade. Aviadvigatel OJSC in co-operation with the Ufa Engine Industrial Association became the fourth company in the world which managed to master the technology of manufacturing this part. The hollow fan blade weighs 4 kg less than the solid one and allows reducing the weight of the PD-14 fan unit to about 30%.

The visitors also had the opportunity to see in Aviadvigatel shops the most up-to-date in the world test bench for testing the core, which has the highest information productiveness. The test bench equipped with the state-of-the-art-type data acquisition systems allows reading and processing the enormous amount of data required for adjusting the PD-14 core to the set parameters, in a very short time.

After the tour the veterans meet Alexander Inozemtsev — Aviadvigatel Designer General congratulated them with the jubilee of the enterprise and the 97th anniversary of the birth of Pavel A. Solovyov. The day of veterans completed with the festal dinner, the communication with workfellows and the entertainment program with gifts giving.

According to Tatyana Snitko, Aviadvigatel Human Recourses Director, «for many years peculiar traditions and values formed in the Aviadvigatel team. Many people are connected with each other not only by occupational relationships but family ones — among the workers there are a lot of labour dynasties. It important for us to keep the intergenerational continuity. Veterans are people who put their labour, skill, energy and life in their labour of love, created the foundation of the enterprise. It is important for young people to realize that they do not come to an empty place — before them generations of people of great talents and devoted to their career have worked here. At present we are developing and enriching what has been created by their hands».
The next event under the 75th jubilee of Aviadvigatel will be the motor rally. The conduction of the Welcome Day and the international conference on gas turbines of the Russian Academy of Sciences is also planned.

The former permanent staff of Aviadvigatel is under the special patronage of the enterprise (their number is over 1,100 persons). Aviadvigatel provides the support to retirees-veterans on jubilee dates, the International Day for the Elderly; on May 9 — to war workers and participants of the World War II; the monetary remuneration is paid to workers for the conscientious and continued work on retirement; valuable gifts are presented; the financial assistance is furnished when paying for medical services as well as other assistance in solving difficult situations in life.