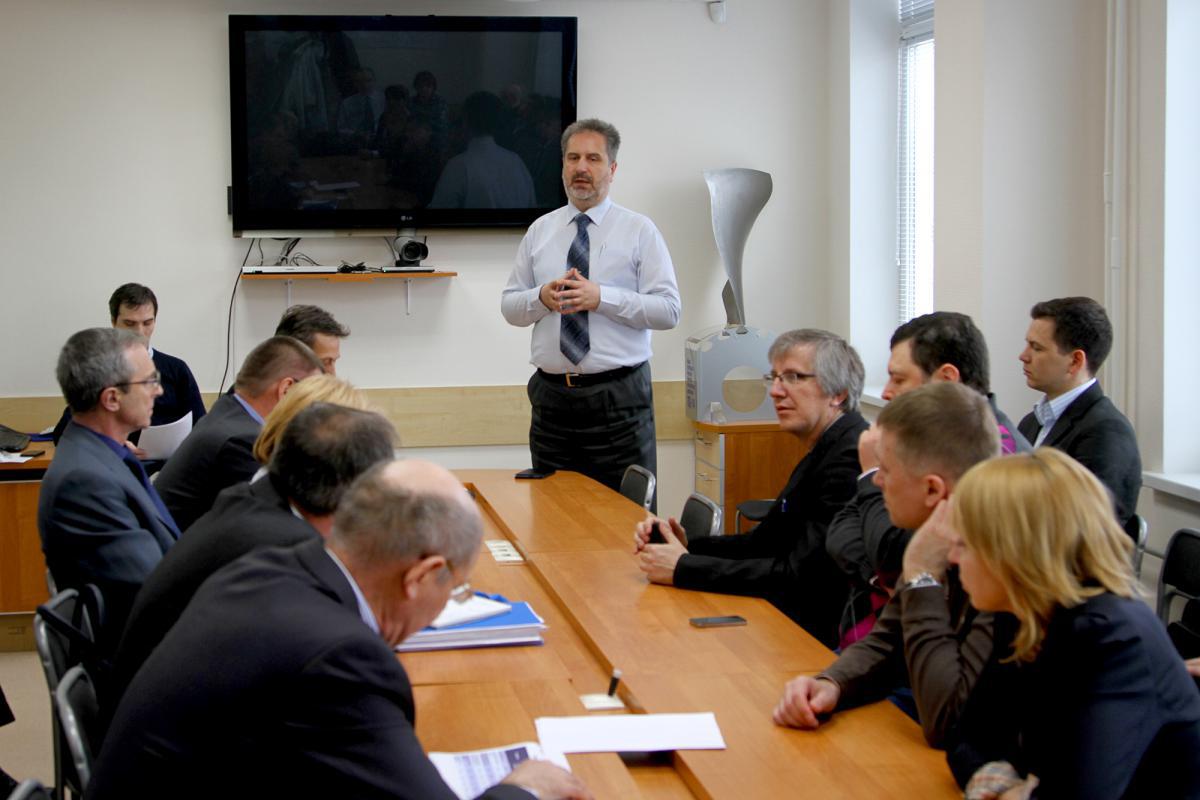 The project «PD-14 Engine for MC-21 Aircraft» passed Gate 5.  The commission formed by for acceptance of the works under the project came to the conclusion that the major tasks of the phase under consideration are accomplished, Gate 5 is considered passed.

The Commission included the specialists from UAC, Irkut, CIAM, VIAM, NIIT, Aviadvigatel, PMZ, UMPO, Saturn, VASO, Siemens Industry Software and Lanit. The main objective of the Commission was an expert review of the project «PD-14 Engine for MC-21 Aircraft» documentation to find out whether the phase main tasks have been accomplished. The Commission worked in Aviadvigatel during 4 days.

Passing Gate 5 means that the PD-14 engine design and parameters are defined and configuration of the PD-14 engine as the advance product is approved. The next step is engine certification.

Both Aviadvigatel specialists and the specialists of the other participating companies have done a great deal to meet the targets and ensure successful passing of Gate 5. The key results of the period between Gate 4 and 5 are as follows:

Upon the review of the documentation provided by the Project Management the Commission took the following decision:

One of the nearest goals of Aviadvigatel’s team in 2015 is flight testing of the PD-14 engine at the flying testbed in the Flight Research Institute named after Gromov.

PD-14 is the baseline engine of the family of turbofan bypass engines with a common core with T/O thrust from 8 to 16 tons.

The PD-14 engine core will be also used to make gas transportation and power generation IGTs meeting the most stringent current and future world requirements to efficiency, environmental performance and reliability.