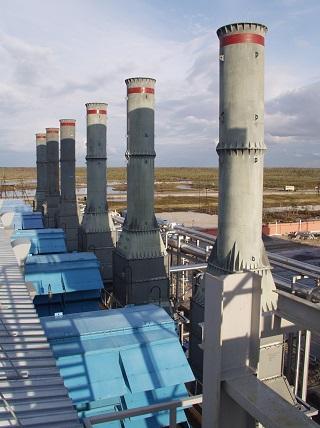 The D-30EU-2 engine (# PMD 33991006R3) has been operated in GTES-4 power plant at Konitlorskoe field of Surgutneftegaz – one of the first Russian oil and gas companies using Perm IGTs firing associated oil gas for power generation - since November 2001. It allows the operating company to avoid its burning in flares but to utilize it on site.

It should be noted that if converted to the calendar system 100 thousand hours is about eleven and a half years of continuous operation. At the moment ten more D-30EU-2 engines are in service, the operating time of each engine is 90 000 and more, two of these engines have been operated without overhaul for more than 55 000 hours.

Judging be the experts’ opinion, technical, economical and durability parameters of Perm gas turbines are commensurate with foreign analogs. The formula of successful operation of Perm gas turbines is implementation of the principles of developing aeroderivative IGTs, use of aviation technologies in serial production. Achievement of 100-thousand level means that Aviadvigatel’s developments are efficient and may be used in import substitution program, the meaning of which, as said by Vladimir Putin, the President of the Russian Federation, is development of the high quality competitive products for Russian power generation industry allowing reliable implementation of many projects.

Success of Perm Program of power generation equipment development started in 90-ies is mainly due to baseline aircraft engines D-30 and PS-90А developed by Perm design bureau with mature design and well-developed serial production. Today Aviadvigatel’s scope is not only development but supply, testing, installation supervision and adjustment and startup of 2.5, 4 and 6 MW gensets based on the D-30 engine and 12, 16 and 25 MW gensets based on the PS-90А engine. Currently the gained experience in developing aeroderivative IGTs is used by Perm specialists to develop the GTU-32 gas turbine and in the studies to potentially develop an IGT based on the 5th generation core.

As of the beginning of October 2015 the total number of gensets supplied to the Customers was 302 units with the total power of over 1.95 GW, and the total operation period was over 9.1 Million hours.

Based on the Customer’s feedback and gained experience in operating the gensets of Aviadvigatel’s own design the Company improves its equipment in terms of design, performance and reliability. It contributes to extension of the fleet of Aviadvigatel’s gas turbine machinery.