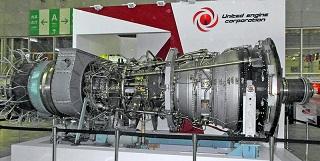 Business discussion took place in line with the Expo between Aviadvigatel General Designer, Alexander Inozemtsev, and Consen Deputy General Manager, Lu Mingyi, on opportunities to expand mutual cooperation. The discussion referred to activation of joint supply projects of gas turbine units for power generation and gas transport within China and to other countries. As a result of the discussion, the parties agreed on preparation of technical documents for detailed investigation of future projects.