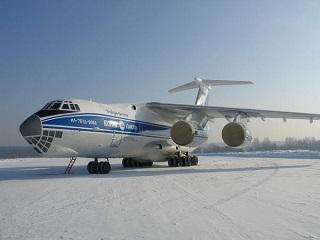 The cargo IL-76TD-90VD aircraft with the PSС-90А-76 engines (developed by Aviadvigatel, made by Perm Engine Company) successfully passes the tests for flying to the Antarctic. On the 4th of November the aircraft took off from Cape Town (South Africa) and safely landed at the ice aerodrome of Novolazarevskaya station (the Antarctic).

The performed tests enable all the aircraft of this type equipped with the PS-90А-76 engines landing at snow-covered ice aerodromes.

The PS-90А-76 engine (certified in 2003) meets all current international noise and emission standards. Compared to the D-30KP it has higher performance, higher thrust and better fuel efficiency, and requires lower maintenance costs.