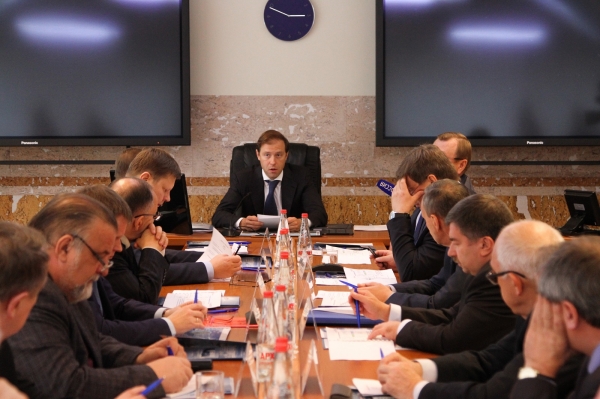 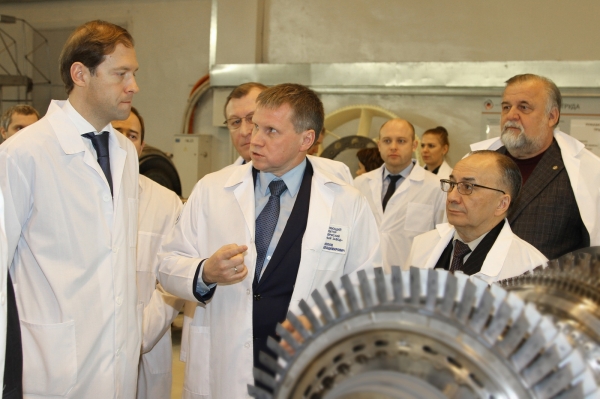 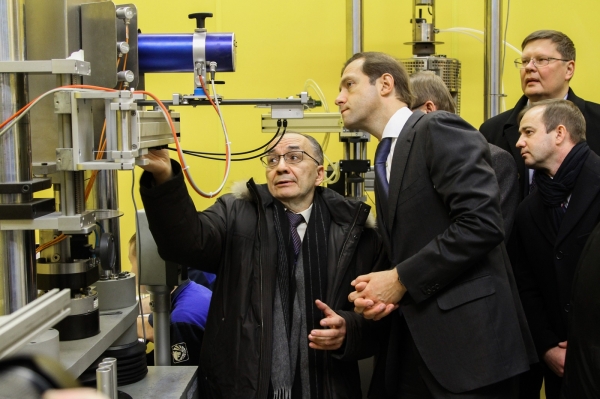 The delegation headed by Denis Manturov, the Minister of Trade and Industry of the RF, paid a visit to Aviadvigatel and Perm Engine Company. As part of this visit the meeting was held that was dedicated to implementation of the advanced civil aviation engine family development program where Aviadvigatel acts as a lead designer.

The Head of the RF Ministry of Trade and Industry toured the Perm Engine Company’s assembly floor; he was also shown a new oil system test rig, static test bed and structural testing laboratory of Aviadvigatel.

«The PD-14 engine is the baseline engine for the МС-21 aircraft but it also can be used with the other aviation platforms with their subsequent re-engining, for example, IL476 transport aircraft and a number of other challenging areas, said Denis Manturov. – We expect that the engine core developed under this program will be used in heavy helicopter engines and other types of vehicles in order to achieve maximum commonality for serial production and avoid foreign suppliers».

The PD-14 engine project is on schedule: assembly of the #9 PD-14 engine is close to completion, flight testing of the PD-14 engine at IL-76LL flying testbed is underway in Gromov’s Flight Research Institute. In particular Manturov pointed out: «All engine performance specifications and parameters have been demonstrated: engine thrust, temperature, strength, fuel consumption. The work is on schedule but we have to intensify testing both on the ground and on wing of the flying testbed. It is critical for further project implementation, obtaining Type Certificate from IAC Aviation Register in the first half of 2017 and beginning of MC-21 aircraft flight testing with the PD-14 engine».

«As the localization on MC-21 aircraft in total is reaching the level of 60% components made in Russia, then on the engine we have to increase this percentage and bring it up to 100. It will improve our technological independence and, what is most important, ensure maximum economical effect», – Denis Manturov said.

Serial production of new generation engines will be synchronized with the beginning of serial production of the aircraft and is scheduled in 2018. The Minister called the top management of United Engine Corporation and Perm engine companies to focus their efforts so that the industry could get technological independence and maximum cost effectiveness from the project of advanced civil aviation engine family development based on the PD-14 engine.