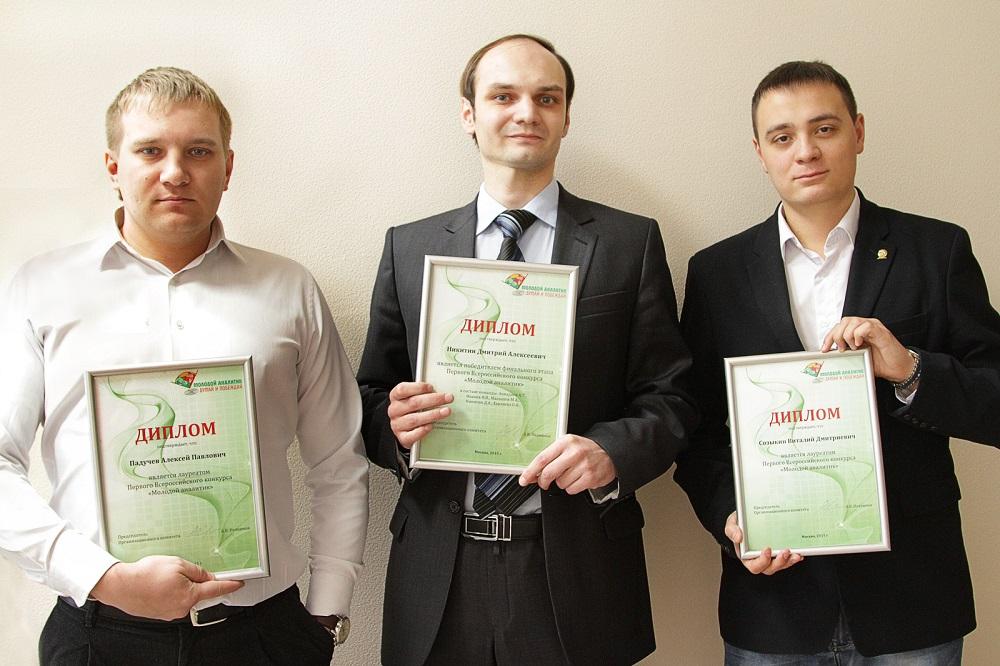 The First all-Russian competition «Young Analyst – 2015» was held under «Think and win» motto. Aviadvigatel’s specialists, compressor department design engineer and analyst Dmitry Nikitin, power generation specialist Vitali Sozykin and exhaust systems and nacelles division team leader Alexey Paduchev, were ranked among the best young researches, who have high professional and personal potential for analytics realization in state and enterprise management. Dmitry Nikitin is the winner in the category «For the strongest game» on a team.

The competition was held in three stages: two correspondence try-outs and the final round in presence as a team business game. The participants presented the judges with solutions of the cross-disciplinary competitional tasks showing independence of decision making and analysis thoroughness. Based on the results of the two rounds the best 25 specialists were chosen among 209 participants to take part in the finals, the three guys from Perm included.

The rivals of Aviadvigatel’s specialists were the representatives of state corporation enterprises «Rosatom», «Roskosmos», «UMPO» OJSC, NPO «Saturn», «Sukhoi» PJSC, and the ones of different academic institutes.

V. Sozykin: «We are grateful to our company’s management for the opportunity to take part in this competition. Whatever the results are, the task for the second round will come in useful for all of us, because we actually were working up a development concept for ourselves».

In the finals the participants, divided into groups, presented global projects of defense or social significance. Aviadvigatel’s representatives defended the projects as follows: «Quantum Supercomputers», «Principles of Cooperation in the Global Industrial Environment», and «Artificial Intelligence for Distributed Systems Control».

D. Nikitin: «Our professional network extended greatly during the competition; later on we can use it in our work».

A. Paduchev: «The people to take part in this competition consider themselves as analysts not in profession, but in mindset. We hope that the competition achievement will become an impulse for us in both personal and professional growth».

Institute for Economic Strategies of Russian Academy of Sciences bestowed the awardees with certificates for MBA’s «Strategic Management» course of study intended for the enterprises of military-industrial sector. The main opportunity for the analytics new stars’ growth is that they will be included into the expert database of Association «Analytics» and involved sequentially into analytical tools development for addressing the problems of state and enterprise management.

«Young Analyst – 2015» competition was established by Association for development of analytics potential of person, society and state «Analytics», Association of Technical Universities, The State University of Management, Institute for Economic Strategies of Social Sciences Department in Russian Academy of Sciences, Moscow University of Finance and Law, and other agencies. Board of Military-Industrial Commission, United Engine Corporation, Young Engineers Union of Russia and others served as partners of the competition.

The competition is a significant and inherent part of activities by Association for development of analytics potential of person, society and state «Analytics» on Russia’s intellectual superiority achievement.