Governor of Perm krai expressed his gratitude to Aviadvigatel’s specialists 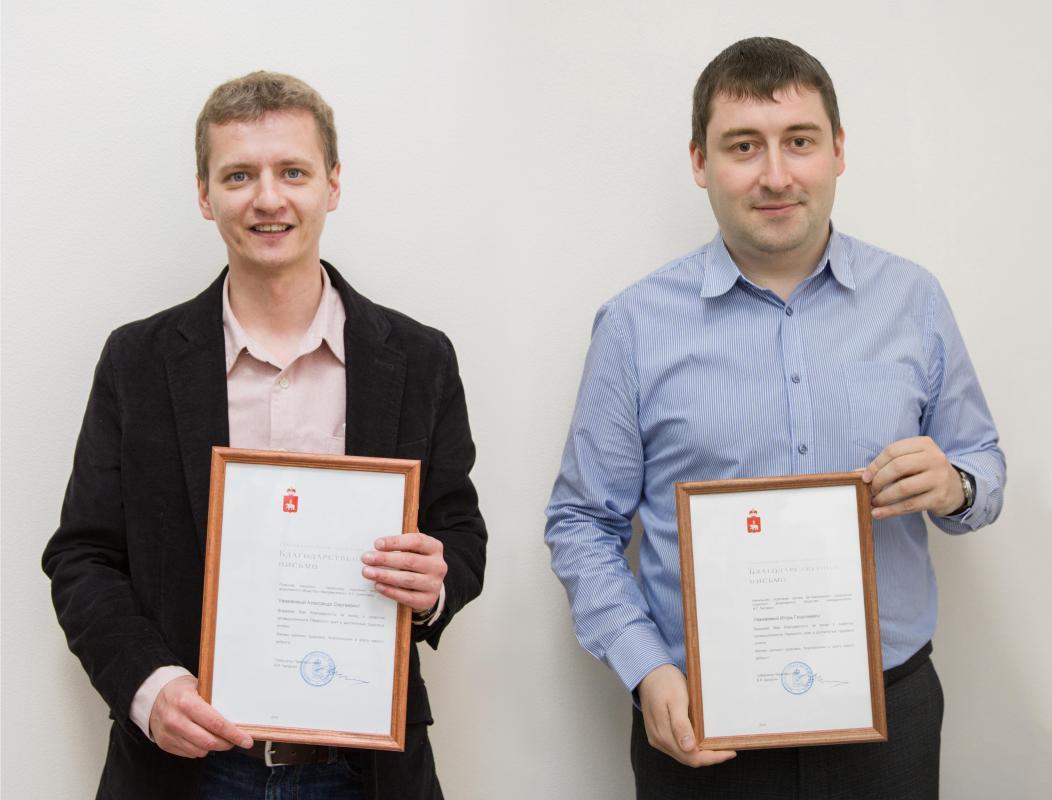 Alexander Ermolaev and Igor Lisovin, specialists from Aviadvigatel JSC, were presented Letters of Appreciation from the Governor of Perm Krai.

On the eve of the Victory Day in the City Palace of Culture named after A.G. Soldatov a public ceremony was held to mark the 71th Anniversary of this great holiday. During this event Victor Basargin, the Head of region, handed over the Letters of Appreciation to two Aviadvigatel’s specialists – Alexander Ermolaev, chief technologist, and Igor Lisovin, Head of Automatic Control Systems. The Governor awarded young engineers for their contribution to the development of Perm Krai industry and for their own success and professional achievements.

“This Governor’s Letter means that I follow the proper way in my professional activity. I will continue to do my best in my career and to upgrade my competency,” Igor Lisovin says.

According to Victor Basargin, the younger generations of Perm citizens, following after veterans of work, keep working for the benefit of the regional industry. “One of the main last achievements were successful flight tests of the advanced Perm PD-14 aero engine, which will provide in the nearest future a basis for regenerating native civil aircraft construction,” the Governor points out.

“The Award became a pleasant surprise for me. Such appreciation of my work means that my efforts add value to the company. At the same time this entails a great responsibility for me,” Alexander Ermolaev says.