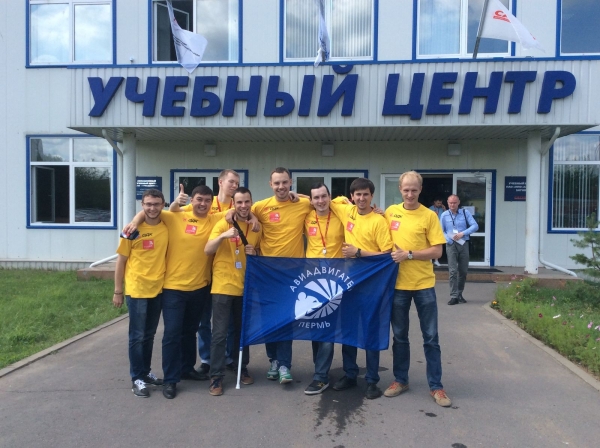 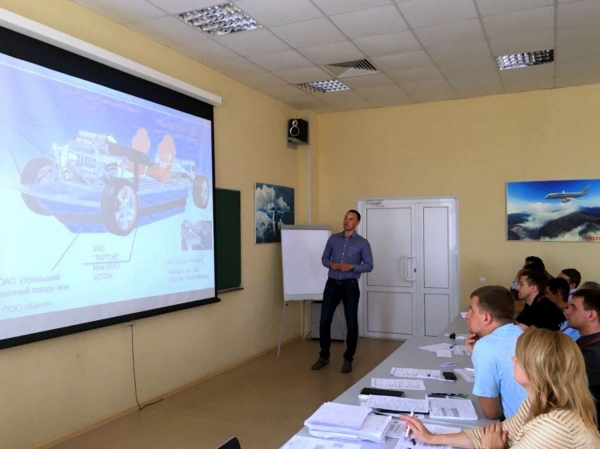 Our design engineers Ilia Ardashkin and Vadim Mazunin in individual championship within Engineering Graphics – CAD category won the second and the third prize correspondently. They have shared their impressions regarding the Championship:

“I realized that my Company’s Reputation is in my hands. Besides, It was a chance to gauge my skills.

“I’m really pleased that I was entrusted to represent Aviadvigatel in the Championship. It is a great opportunity to value my skill level in CAD System - one of the main tool for modern engineers. I hope that I will take part in the next competition and do my best to win.

In accordance with the proposed Specification the Eight of Perm Design Bureau has designed all-purpose mobile transfer platform named Varyag. The team proved itself as a mature diversified engineering group, who designed high speed waterborne vehicle, establishing the technical and economic feasibility of the project, defining the Market needs and required HR.

Varyag by Parma’s Eight was the second among the projects. Aviadvigatel Team got the prize in individual category for the Best Design Project.

Parma’s Eight members noted, that all the competitors were skilled and the results tabulating was not evident till the end.

Participation in the championship helped to evaluate the professional competence of our team in contrast with All-Russia participants as well as creativity potential of individuals. Working on complex project in time limiting conditions we learned to defer the opinion of each member of the group and be responsible for the results. Finely, we have got to know qualified, brainy and intelligent people.