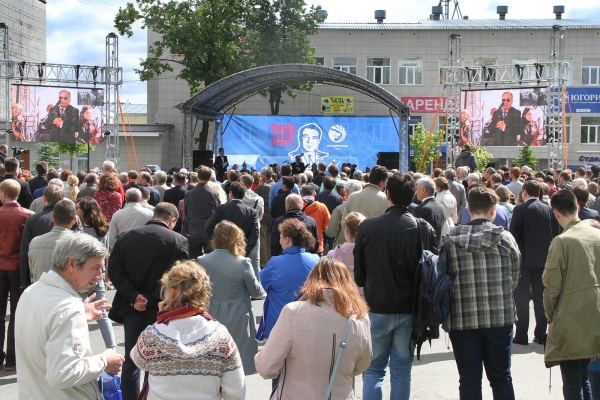 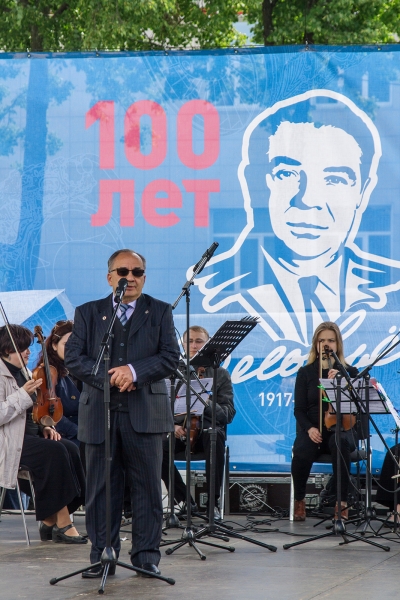 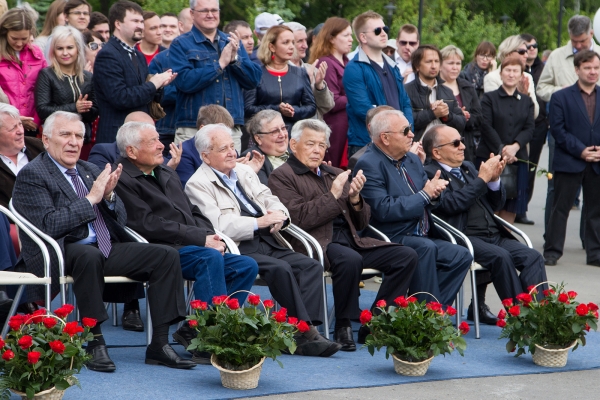 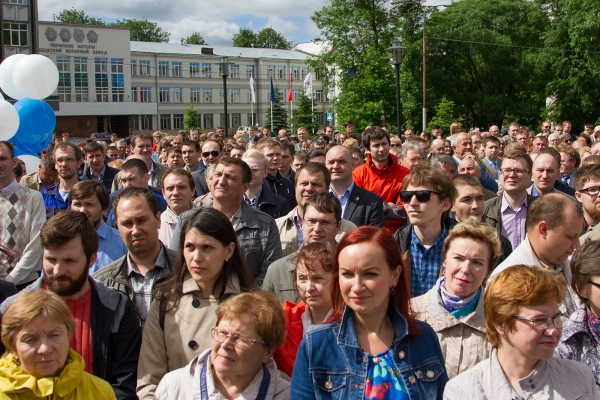 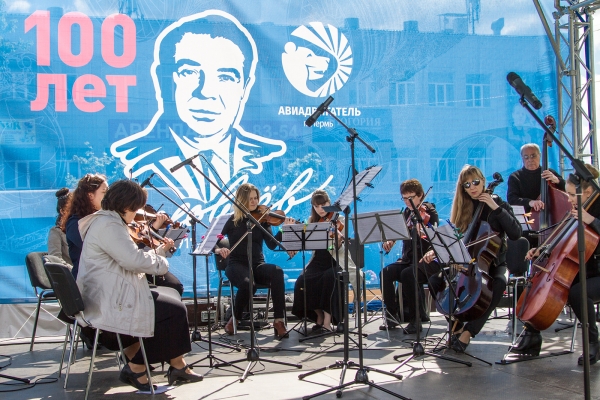 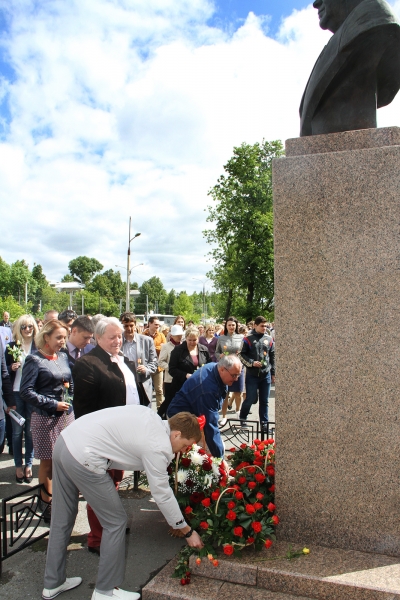 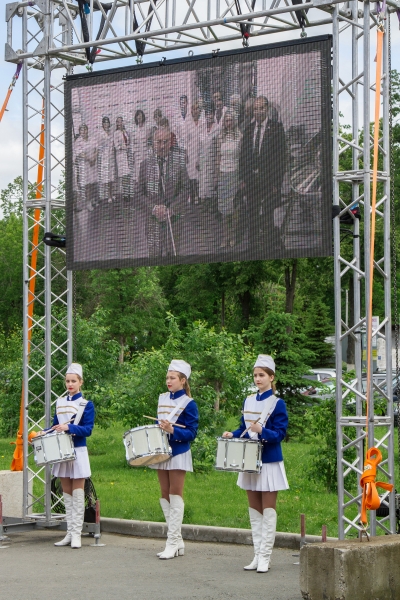 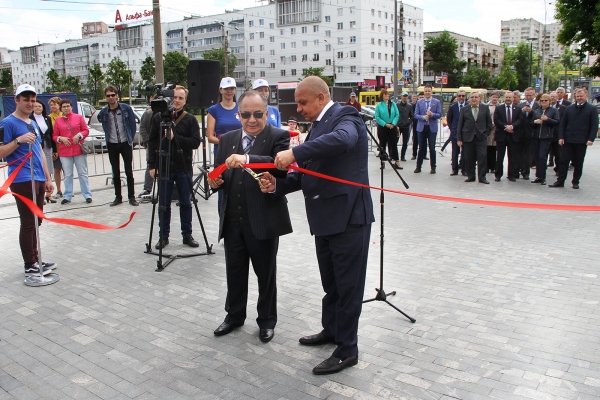 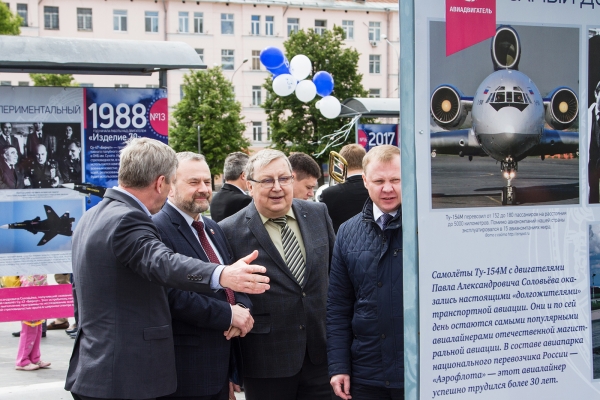 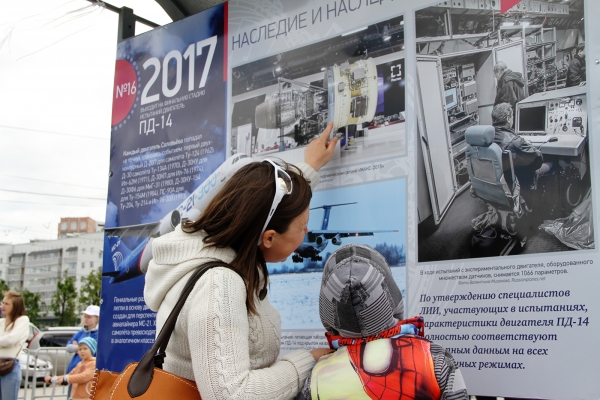 The morning of June 26 started for the Perm engine builders with an official meeting in memory of Pavel Aleksandrovich Solovyov. General Designer of UEC-Aviadvigatel JSC Aleksandr Inozemtsev greeted the audience, “It is impossible to overestimate the role of P. Solovyov in the engine building of both Russia and the whole world. Our country has reached a tremendous success in this sphere thanks to his labor, talents and patience. For me and for many of my colleagues, Pavel Aleksandrovich is the Teacher. The main thing we have to do in good memory of him is to create new engines, to develop our own school of design and technology with the unique workstyle”.

Sergei Popov, the Managing Director of UEC-PM JSC, said a few words by way of congratulation, “The uniqueness of P.A. Solovyov was in his ability to provide the companies of Perm and Rybinsk with work, and in laying the groundwork for our today’s activities. Aviadvigatel Design Bureau and production facilities in Perm and Rybinsk are lucky Pavel Solovyov worked for them”.

Via a live broadcast, the Perm engine builders were supported by their colleagues from NPO Saturn (in the city of Rybinsk) who also gathered for a meeting in memory of P.A. Solovyov. Viktor Polyakov, the Managing Director of the company, said, “Today’s holiday is also the holiday of ours. This year the serial manufacturing of the D-30 engine at our facility has reached a milestone of 45 years. The genius invention gave employment and life to the three generations of people in Rybinsk. We bow down before the labor and the talent of the great person!”

Having laid the flowers on the pedestal of the monument to P. Solovyov, the Perm engine builders paid their respect to the talented designer, manager, teacher and a wonderful person. The celebration continued at the city esplanade, where exhibition “Pavel Solovyov: a human, an epoch…” was opened in the square of the Perm Academic Theater. The sixteen stands display information about the life and the work of the famous designer. In a way understandable for any interested reader, the exhibition tells about P. Solovyov’s engines and the airplanes equipped with them. The visitors of the out-of-door exhibition can see the hero of the anniversary not only as a genius designer, a public man and a scientist, but also as an ordinary person and a family man. Numerous pictures allow for the complete image of P.A. Solovyov and his epoch.