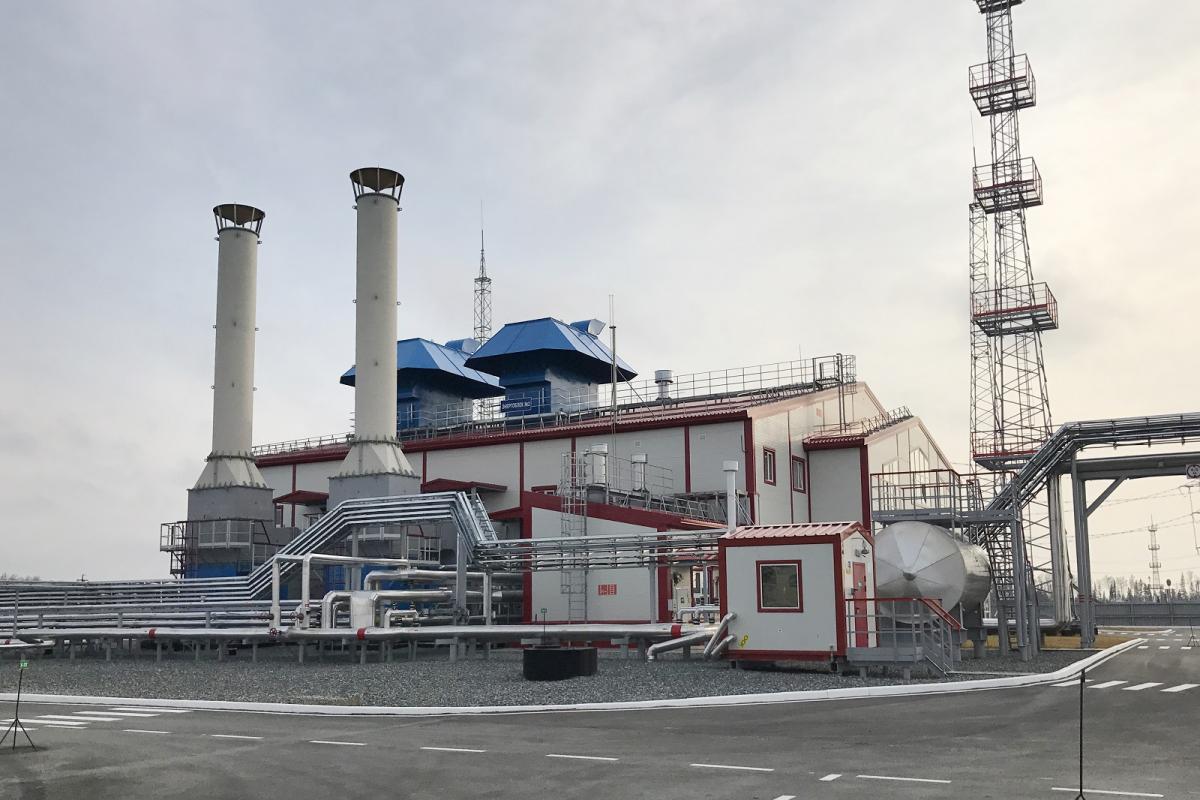 A local (distributed energy) power plant based on two Ural-4000 gensets with a total capacity of 8 MW was built in 12 months, July 2016 to June 2017. The equipment was delivered at a high “ready-to-use” level.

GTPP operates in a CHP (combined hear production) cycle, i.e. generates electricity and heat for the oilfield infrastructure. The plant operates constantly, i.e. 24 h/12 month. The equipment of this GTPP is fully redundant, which excludes its complete shutdown during preventive maintenance and repair work.

Being directly on the field, the plant uses associated petroleum gas as a fuel. It helps the company to solve the problem of associated gas utilization and significantly reduces the amount of pollutant emissions into the atmosphere.

In addition to environmental benefits, the Ural-4000 gensets have improved service life: engine assigned life is 120,000 hours, TBO (time between overhauls) is 30,000 hours, maintenance period is 4000 hours per year, and the overall equipment assigned life is 25 years.