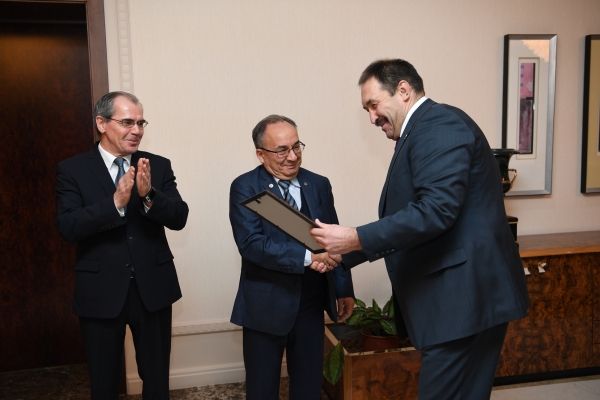 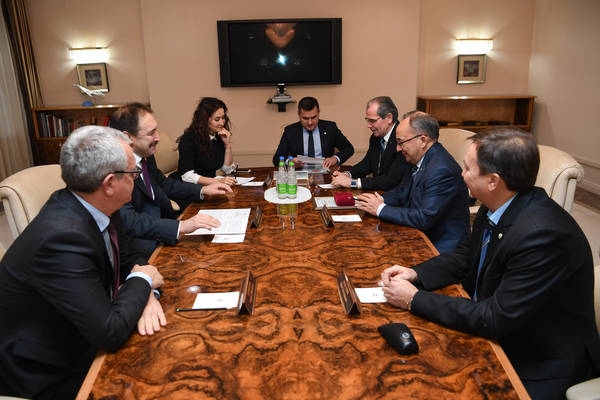 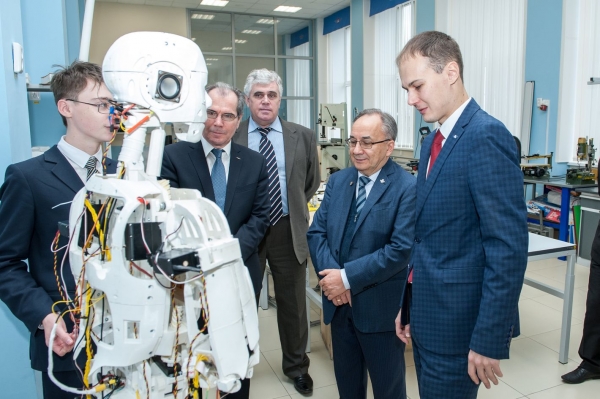 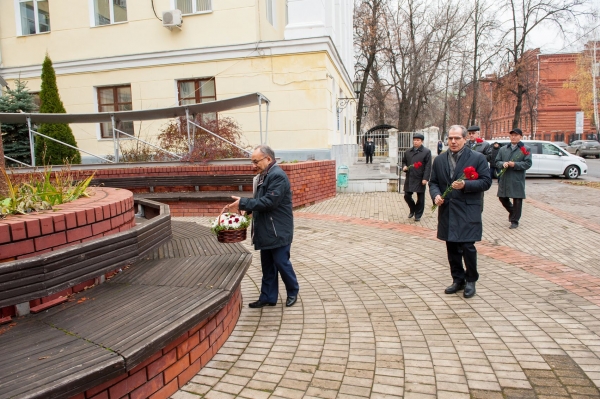 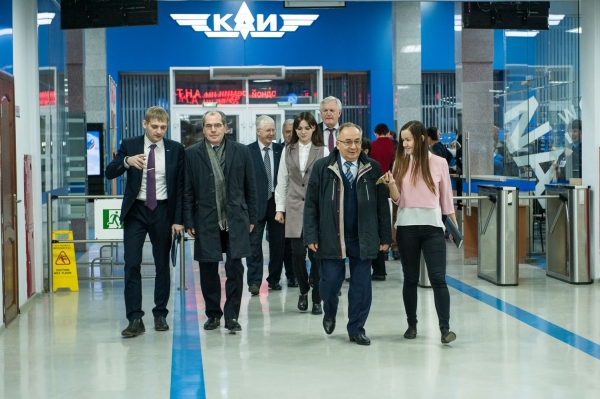 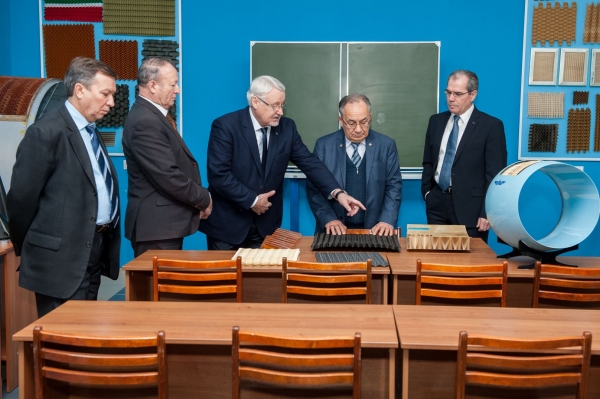 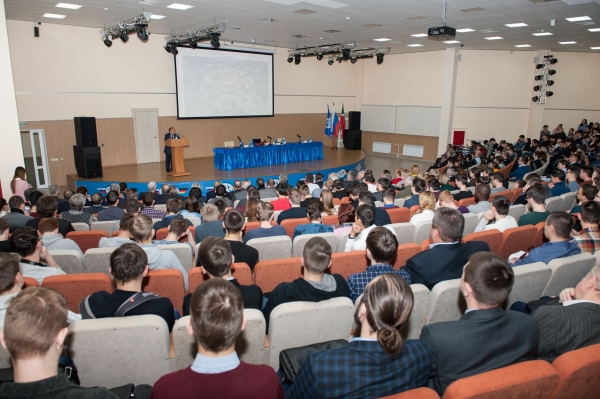 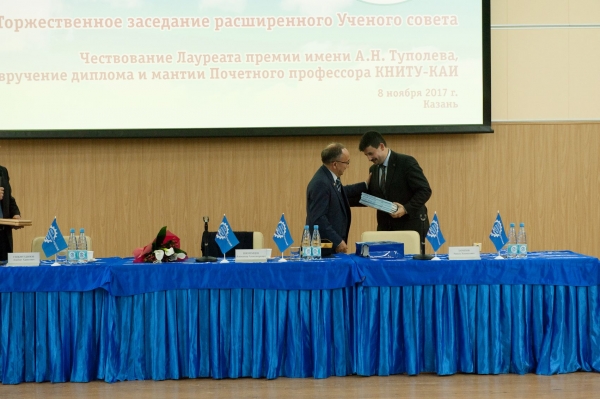 On that very day, A. Inozemtsev visited Kazan National Research Technical University (KNITU-KAI). He made himself aware of the University’s activity, visited engineering centers and KNITU-KAI Engineering Vocational School for gifted children in the company of the rector Albert Gilmutdinov, and laid flowers to the monument to A.N. Tupolev.

During ceremonial meeting of the KAI Academic Council, Alexander Inozemtsev was given one more title of the KNITU-KAI honorary professor. Alexander Alexandrovich gave “Development of New Aero-Engines Families on the Advanced Cores Basis ” lecture to the University’s teachers and students, and gave five-volume textbook “Principles of Aero-Engines and Power Generation Units Design” created under his lead as a gift to KNITU-KAI in the conclusion of the meeting.

International Prize of Andrey Nikolaevitch Tupolev was established in 2014 with the decree by President of Tatarstan R. Minnikhanov. It is awarded once every two years to commend Russian and foreign scientists for the outstanding contribution to the field of the engineering sciences and to eternize the memory of Tupolev. The prize awarding coincides with November 10, the birthday of the outstanding soviet aircraft designer. A member of RAS, General Director of VIAM FGUP, E. Kablov became the first laureate of the prize in 2015.