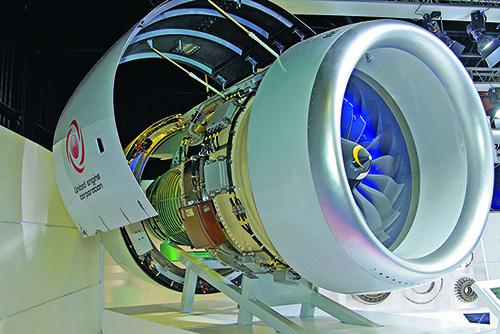 In April 2018, UEC-Aviadvigatel JSC will traditionally take part in the International Engine-Manufacturing Forum. As a part of United Engine Corporation’s exhibit, the Perm design bureau will introduce the newest Russian engine PD-14.

“IEMF-2018” is a unique site to present new ideas and to search for partners for their realization.” Managing Director, General Designer of UEC-Aviadvigatel JSC Alexander Inozemtsev is confident of it. “UEC-Aviadvigatel JSC traditionally takes part in the exhibition and presents its most advanced and actual developments to the professional association.”

At the exhibition, there will be presented PD-14 engine, which successfully passed many-hours-long testing and confirmed the lifetime being sufficient for safe use at flying test bed Il-76LL and MS-21.

PD-14 is a fully indigenous engine of the fifth generation designed for new Russian short/medium haul passenger aircrafts of MS-21 type. PD-14 engine is created in wide cooperation of United Engine Corporation’s companies using new technologies and materials. The general contractor for works on “PD-14 Engine for MS-21 Aircraft” project is UEC JSC, the lead developer of the project is UEC-Aviadvigatel JSC, and the OEM is UEC-PM JSC. For the first time in Russian engine manufacturing, the engine will be provided together with the nacelle, i.e. for the first time in its history, the Perm design bureau has designed and provided for manufacturing not only an engine, but also a nacelle. PD-14 certification is planned for 2018. The testing of the engine as a part of the MS-21 airliner propulsion is planned for 2019.

In 2018 the full-scale mockup of PD-14 engine will become a permanent showpiece of VDNKh trade show. It will be placed in Air and Space Center (pavilions No. 32–34), which is the joint project realized by Moscow Government, Military and Industrial Commission of the Russian Federation, Roscosmos State Corporation, Rostekh State Corporation, United Aircraft Corporation  PJSC, VDNKh JSC and companies of the defense industry.