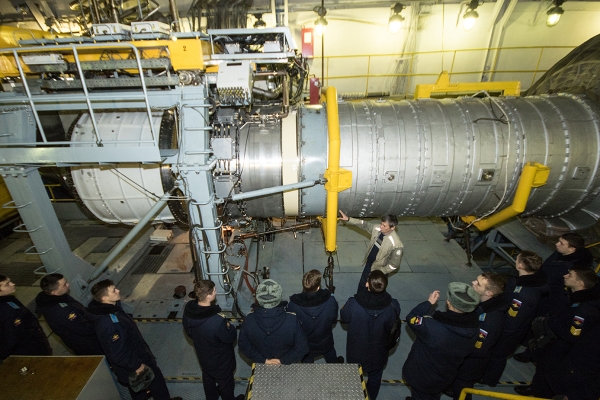 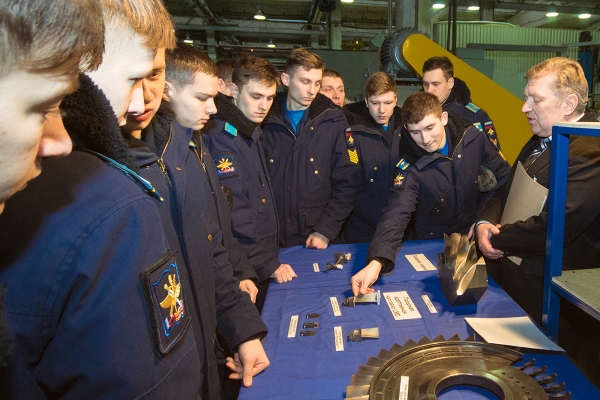 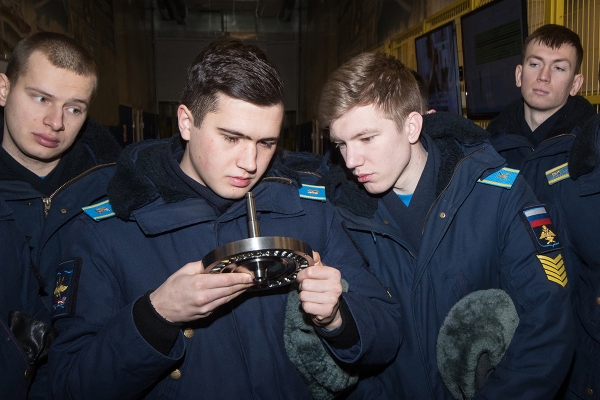 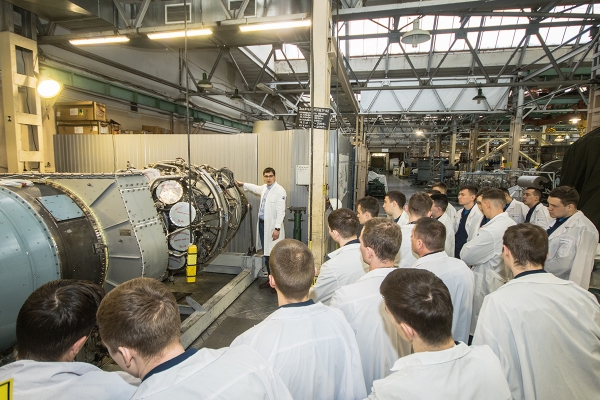 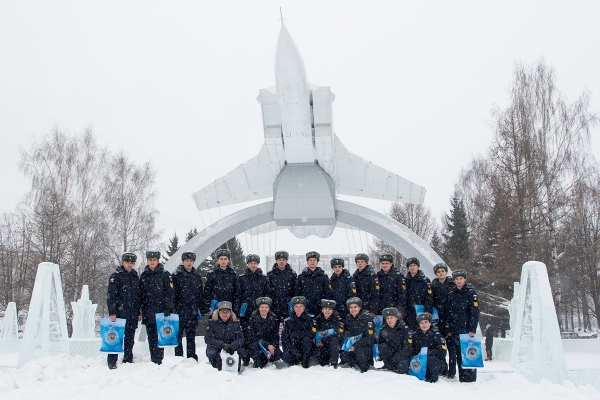 Cadets of the fifth-year of the Air Force Academy named after N. Zhukovsky and Y. Gagarin came to see UEC-Aviadvigatel JSC

Twenty final-year military students of the Military Scientific and Training Centre of the Military Air Forces "Air Force Academy named after N.E. Zhukovsky and Y.A. Gagarin” (in the city of Voronezh) visited Perm engine-building companies as part of their pre-graduation practical training. UEC-Aviadvigatel JSC was among those companies. The cadets study at the department of technical maintenance and restoration of combat air vehicles and engines.

As cadet Alexey Bliznyuk explained, this was the first trip of the group to a real production facility. “It was so interesting to have a look at the development production of the design bureau, where all the designers' inventions are materialized «in metal» and then inspected. We were pleased to see the advanced equipment of UEC-Aviadvigatel. We examined the PD-14 core, and liked the wide-chord hollow fan blades a lot. They are not only nice-looking but also technically efficient”.

Igor Chizhov, deputy head of the department for the restoration of the air vehicles, who is in charge of the production restoration practical training of the students, said, - “When visiting companies where the aviation engines are manufactured and repaired, I drew the students’ attention to the component assembly and the final assembly, to balancing the rotors, to the process of the engine inspection and non-destructive tests. In the design bureau, the new PD-14 engine was demonstrated to us, as well as other new projects. We are happy that the national engine-building industry has good prospects and our graduates have a great future”.

As a rule, the practical training of students of the Military Scientific and Training Centre of the Military Air Forces "Air Force Academy named after N.E. Zhukovsky and Y.A. Gagarin” starts with the visits to aircraft repair plants, but the trip to Perm turned to be also useful for the military engineers of the future. For this reason, such visits of the Academy cadets to Perm may become a tradition.