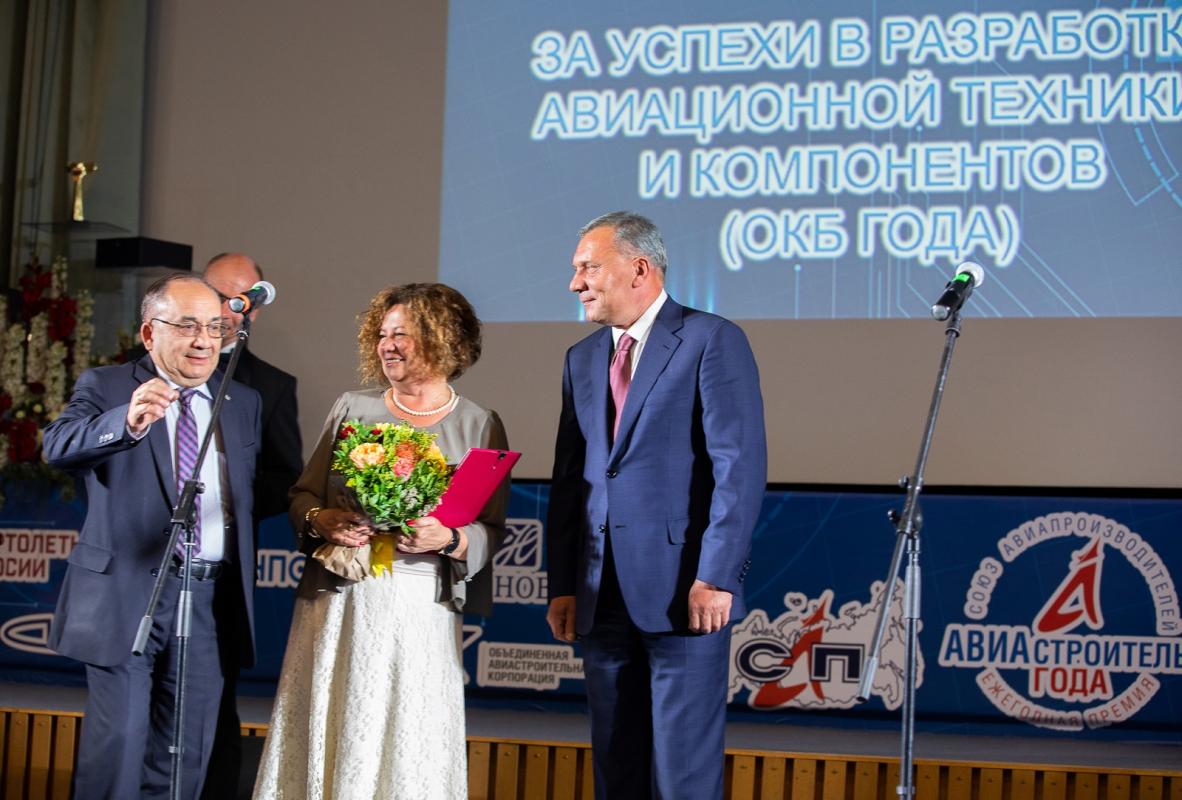 On August 27, 2019, the official ceremony of awarding the prize winners and diploma winners of contest “Aircraft Builder of the Year” according to results of 2018 was held as part of the business program at MAKS-2019.

UEC-Aviadvigatel JSC was declared the experimental design bureau of 2018, and got prizes and diplomas in other nominations of the contest.

Yury Borisov, the deputy Chairman of the Government of the Russian Federation, presented the Perm design bureau with the awards.

The activities of UEC-Aviadvigatel team were rated the best in nomination “For Good Performance in Developing the Aviation Equipment and Components (Experimental Design Bureau of the Year)” for 2018. The commission declared UEC-Aviadvigatel the design bureau of the year for the PD-14 aircraft engine development and certification. In October of 2018, the engine was certified by the Federal Air Transport Agency (Rosaviatsiya). This proves the PD-14 engine compliance with the airworthiness and environmental standards of the Russian Federation, and speaks for its readiness to be installed on the aircraft. In 2020 short-to-medium range aircraft MS-21 will be equipped with the Perm engines for flight testing.

Project “Development and Testing of the PD-14 Engine Thrust Reverser” became a laureate in nomination “For Good Performance in Developing Systems and Units for Aircraft Engineering”. The project was created by a team of the authors headed by A.P. Vedernikov, the chief of the exhaust systems and nacelle division. For the first time in the history of domestic civil engine development, the engine designer has also created the engine nacelle. According to the opinion of North Ireland company Nacelle Systems Consultancy (NSC), the nacelle of PD-14 embodies newest technical solutions being a world-class product.

Joint work of UEC-Aviadvigatel and Baranov Central Institute of Aviation Motors “Participation in the Development of the International ICAO Standard of the Aircraft Engine Non-Volatile Particle Emission with Consideration of the Russian Developers’ Interests” became a diplomate in nomination “For Contribution to Development of the Regulatory Framework in Aviation and Aviation Engineering”. The team of specialists headed by A.M. Sipatov, the chief of the combustor division, took part in this work on behalf of the Perm design bureau.

The contest held by the Union of Aviation Industrialists of Russia finds the best among equals: the winners are chosen by the expert board consisting of the most reputable specialists in all the spheres of aviation engineering having a huge experience in this branch of industry. For this reason, the thumping victory in nomination “For Good Performance in Developing the Aviation Equipment and Components” and recognition as the best experimental design bureau of the year are especially important for the Perm design bureau team.

Contest “Aircraft Builder of the Year” was held for the eighth time. More than 90 works in total presented by more than 60 applicants were reviewed in nine nominations. The contest works by the Perm design bureau adequately competed with other works and deserved a high appraisal of the expert board.