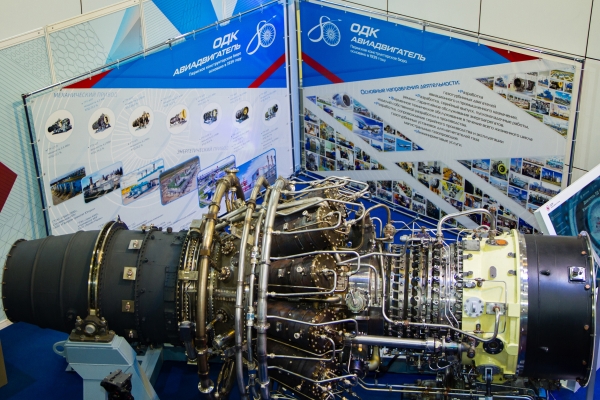 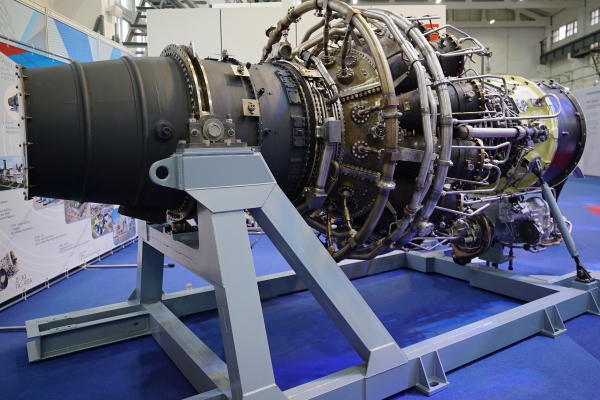 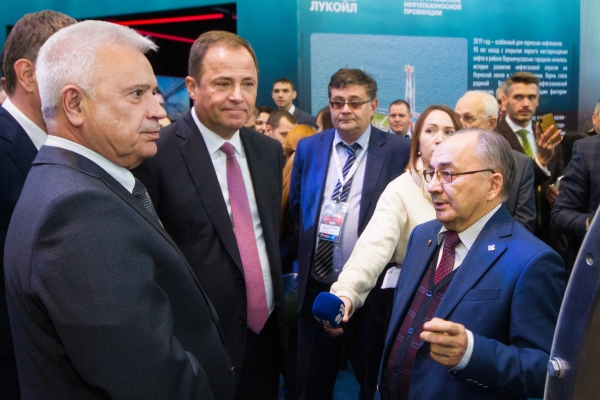 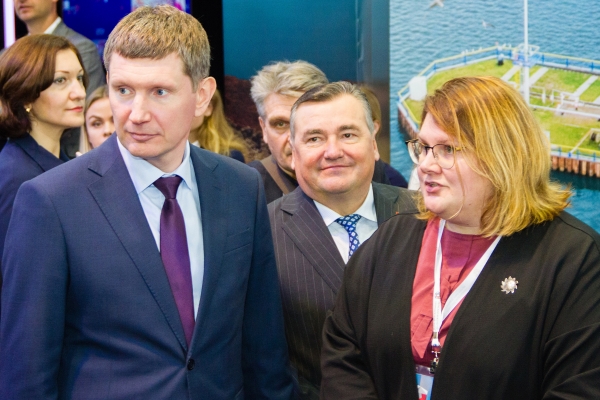 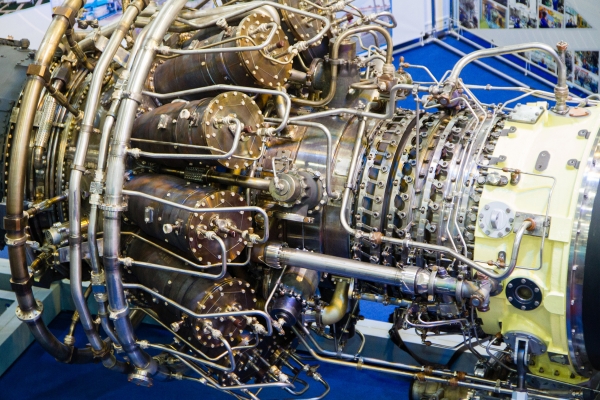 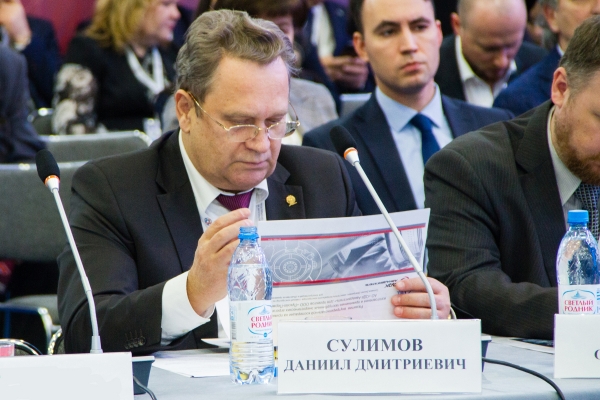 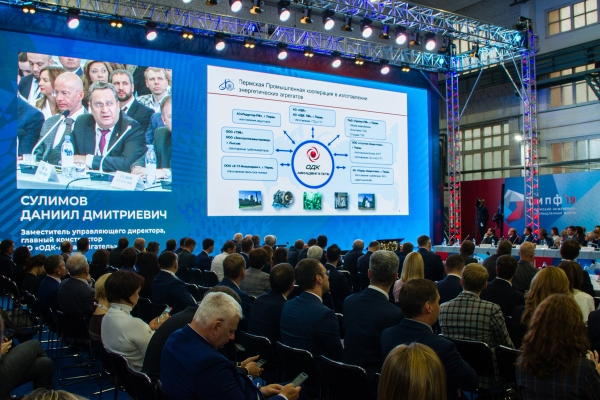 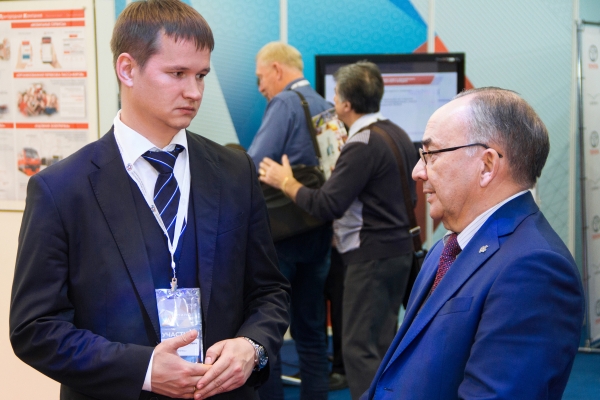 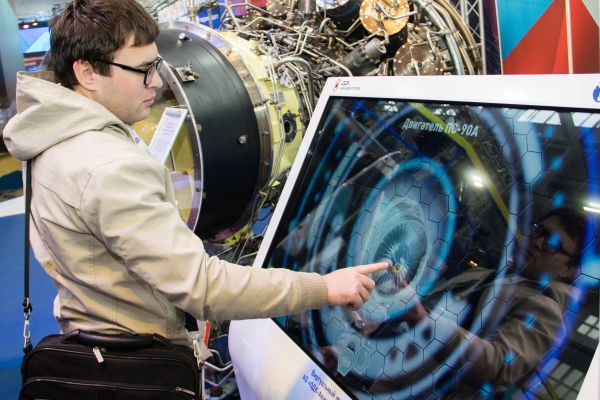 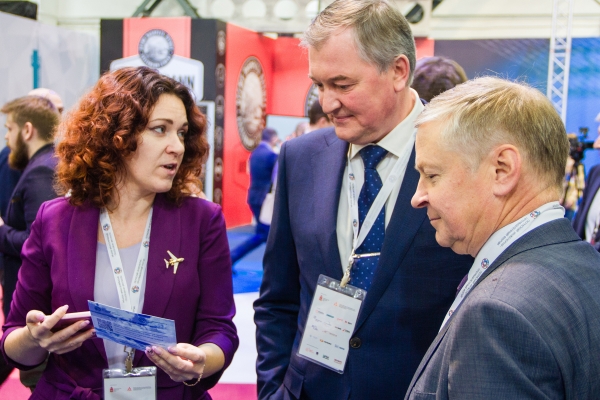 In October, 2019 JSC “UEC-Aviadvigatel” have taken part in Perm Engineering & Industrial Forum, which is an outstanding industrial event specifically in Perm krai, and generally in Privolzhskiy Federal District.

Perm Engineering & Industrial Forum has been held since 2014 года. Among Forum participants are the federal and regional executive authorities, representatives of leading industrial companies, Russian and foreign experts, and others. This year the special attention was paid to the Perm Engineering & Industrial Forum by Igor Komarov, Plenipotentiary of the President of the Russian Federation in Privolzhskiy Federal District, and Vagit Alekperov, General Director of PAO “LUKOIL”.

Within the framework of Forum, a trade show has been carried out, where the most promising developments and designs of Perm and regional companies and universities have been presented. The centerpiece of the show has been a full-size core engine of the GTU-16PM gas-turbine unit for gas-compressor packages with low-emission combustion chamber (LECC) built by Aviadvigatel’s specialists.

According to Alexander Inozemtsev, Managing Director – General Designer, UEC-Aviadvigatel, the environmental protection, as a global economic trend, has mainstreamed requirements to reduce NOx and COx emissions to the atmosphere during the operation of GT engines within the gas-compressor packages and power generation plants. “To that end, the Perm Design Bureau’s specialists are developing LECC for the most popular among the marketed types of GT units rated at 16 and 25 MW”, he says.

Featured in the show   “combat-type” commercial engine rated at 16 MW has successfully passed  the rig-testing at the Permskaya Compressor Station of Gazprom transgas Chaikovsky, and has proved to have the environmental performance compliant with the current and potential requirements of the Customer.  As soon as the forum is closed, the engine will be delivered to the Chaikovsky Compressor Station of a Perm Gazprom’s subsidiary, where an active preparation is under way to start its pilot operation.

Every year current industry issues are discussed in the Forum: a production diversification, the regional labour efficiency enhancement programs to be implemented, means of government support for companies, opportunities of industrial cooperation, potential for digitalization of production sector, and etc. This year, within the context of Forum Business Program, a meeting of extended Board of Directors of production companies attended by Maksim Reshetnikov, the Governor of Perm krai, has been held. The meeting was dedicated to the issues of industrial cooperation between the regional companies. Daniil D. Sulimov, Deputy General Designer – Chief Designer of GT Drives for Gas-Compressor Packages, JSC “UEC-Aviadvigatel”, made a presentation during the meeting.

According to D. Sulimov, using the equipment being developed by Perm Design Bureau offers important benefits, such as a generation of the in-house energy, salvaging of associated petroleum gas, which makes the production more green, custom-tailoring. For example, the power plant, based on four URAL GT-gensets with total capacity of 16 MW, that is presently under construction under the order of LUKOIL-PERM within the frameworks of the “Parma Energy” Project, will be driven by associated petroleum gas with H2S content 23 times the normal dosage.  The most attractive thing is the after-sales service of the power equipment of Perm Design Bureau during the entire life cycle. “UEC-Aviadvigatel is always open for cooperation, and is ready to provide with the electric power, heat and its brand “life-long” services,” adds D. Sulimov, when concluding his presentation.

According to Aleksey V. Chibisov, Minister of Industry, Business Activity and Trade of the Perm krai, Maksim Reshetnikov as a Governor actively supports the equipment procurements from UEC-Aviadvigatel for a small-scale power generation, rather than from foreign manufacturers. Moreover, Perm designers are constantly working to improve their developments. “The best example to give is the GTU-16PM with LECC presented here, which significantly reduces hazardous emissions. The next step, that we are all expecting from Aviadvigatel, is a creation of commercial product based on the core engine of brand-new PD-14 advanced aircraft engine,” Aleksey Chibisov points out.